In the tradition of shows like The Laramie Project, Next to Normal and Spring Awakening, Mothers and Sons is a cutting-edge new musical as well as compelling reflection of today’s social challenges of hate crimes, extremist groups, marriage equality, and unsecured personal access through the internet. The show’s setting of bucolic Fairlawn, Connecticut soon becomes “everytown USA”, and the coming of age struggle of Sarah, her son Mark, and the tragic scenario that develops resonates with every family and becomes frighteningly possible if we, as a society, do not address the social challenges that face us all on a very local level. Unlike many “teenage angst” pieces, Mothers and Sons is an original, as it traces the coming of age journey through the eyes of the parent. It is evocative, brutally honest, compassionate, and brings home the dangers of a modern world that many suburban residents complacently think only happen “somewhere else.” Most of all, Mothers and Sons is a journey of hope, love and transformation through crisis and tragedy. Audiences have been deeply moved by this thought-provoking musical, and have continued to experience their own social awakening long after the curtain has fallen.

Set in the bucolic New York City suburb of Fairlawn, Connecticut, Mothers and Sons is a contemporary new musical of hope, love, and family. Dr. Sarah Masters, a conservative celebrity talk show host, joins forces with the American Family Council, a right-wing political organization, who offers to sponsor her nationally syndicated television show and take it to the next level. As Sarah’s career begins to skyrocket, her 18-year-old son Mark contemplates his own private coming out without damaging his mother’s conservative image. Seeking support from his high school math teacher, Daniel Milling, Mark learns he isn’t alone in managing identity versus family. When Tim Noble, a teenage protege of the American Family Council, declares a “Day of Action” against alternative lifestyles, he personally makes (in his own mind) the ultimate statement against hypocrisy and liberalism by gunning down Mark in the school library. After the incident, and with the help of her oldest friend Abby, Abby’s son Bobby (the surgeon who tries in vain to save Mark’s life) and his partner Daniel (Mark’s earlier confidant), Sarah learns how to move forward following the death of her only child, while battling her own demons of lifelong conservative values and judgmental perspectives in favor of unconditional love. Set against a backdrop of Daniel and Bobby’s wedding and Sarah’s first PFLAG meeting, Mothers and Sons ends with Sarah taking the first bittersweet steps toward her new life.

Mothers and Sons was developed at Roundabout Theatre Company in New York City and as part of the Monday Night Musicals series at The Rich Forum/Stamford Center for the Arts. The official world premiere production took place in January 2009 at MTC MainStage in Westport, CT. Following the success of the Connecticut production, many theatres across the country have placed Mothers and Sons on their Must-Do List. An actor in a recent Wichita, Kanasa production of Mothers and Sons expressed not only how powerful and timely the show was, but the impact it had on changing attitudes and perspectives throughout their entire community. 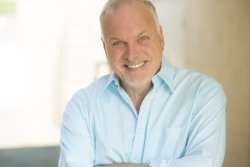 Kevin has been a professional musical theatre composer and director for almost 30 years. Off-Broadway credits include Prime Time Prophet, Jukebox Saturday Night, The Abandoned Loves of Frederick R., Life Anonymous, Lover – The Valentino Musical, Babes Off Broadway (finalist for the Michael Stewart Production Award), Saloon and Suzy Q. Connecticut credits include numerous professional productions at Stamford Center for the Arts including The Fantasticks, It’s A Wonderful Life: A Live Radio Play, Babes in Toyland (director, book, new music and lyrics, four seasons), Bah Humbug (writer/director, two seasons), and the Grand Re-Opening of the Palace Theatre starring Skitch Henderson, Louise Pitre, James Naughton and Joan Rivers. Other CT Credits – Just Like a Woman(composer/lyricist, Music Theatre of Connecticut, directed by Morton DaCosta), Baby (director – Polka Dot Playhouse), Christopher Columbus and Operetta in Red, White and Blue (director – New England Lyric Operetta). Mr. Connors began his career as a performer touring his own act with Bob Hope, Henny Youngman and Johnny Mathis; aboard the ships of Cunard Cruises and in top NYC cabarets. In 1987 he co-founded Music Theatre of Connecticut with Jim Schilling, and since then, has directed many of the Equity MTC MainStage productions including Cole, Yours, Anne (Connecticut Critics Circle award nominee), It’s A Wonderful Life: A Live Radio Play(2008 Moss Hart Award Winner), A Little Night Music, Edges, john & jen and The Last 5 Yearsas well as writing original music and lyrics for more than 10 childrens’ musicals. In 2009, his latest work – Mothers and Sons (with playwright Joe Landry) had its World Premiere on the MTC Mainstage. As an educator, he has served on the Musical Theatre faculties at The Hartt School of Music/University of Hartford and the University of Bridgeport, and has created many of MTC’s programs, including the nationally-recognized College-Bound in the Performing Arts, which he now presents at theatre schools throughout the country. Mr. Connors’ debut CD, The Things We Never Say, was released in October 2000 through Original Cast Records. He is also currently working on the new musical Love on Ice with playwright Bill Nabel (B’way’s Beauty and the Beast), and is a proud member of Actors’ Equity, ASCAP and The Dramatists Guild. www.kevconnors.com 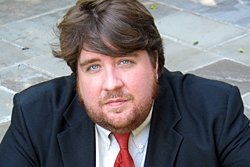 Joe’s published plays include It’s a Wonderful Life: A Live Radio Play (named one of the top-ten most produced plays in America by American Theatre Magazine), Vintage Hitchcock: A Live Radio Play and Reefer Madness. Other plays include Eve & Co., Beautiful, Hollywood Babylon, Flavor of the Month and Numb. Joe is founder and artistic director of Second Guess Stage/Screen and a member of the Dramatists’ Guild. www.joelandry.com

from the 2009 MTC MainStage production…

“A remarkable achievement. Intricately woven, complex and current. Pivotal and powerful, “Mothers and Sons” explores the burden of being different.”
– Fairfield Weekly

“Secrets swirl like dry leaves from an autumn tree in a moving and
heartbreaking musical with stirring songs under the sensitive direction
of Kevin Connors.”
– Middletown Press

“A carefully-crafted tale that comes through with touching dilemmas, often reflected in Connors’ melodic songs. Powerful notes soar out over the audience.”
– Connecticut Post

“Connors’ music is well conceived. “What Have You Got To Lose,” “Kitchen Table” and “I’ll Always Be There” are especially memorable.”
– Hersam-Acorn Newspapers