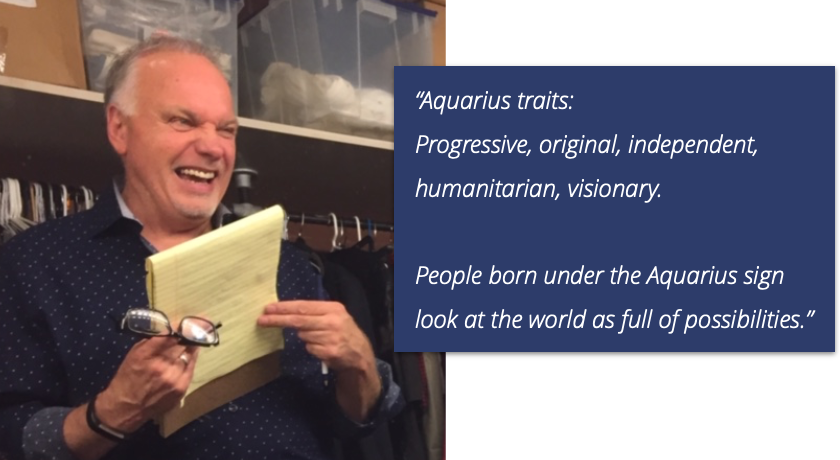 Not only does that describe me as a person, but my aesthetic as well.

As a director, I strive to tell the story in the most creative, clear, sensitive and impactful way. I want the audience to connect with the characters in an emotional way so they become irrevocably invested in the journey. I always create a safe space for actors in which to craft the story. I am obsessive about casting and love working with bright, courageous artists and designers. I believe that great theatre is best realized as a team sport. 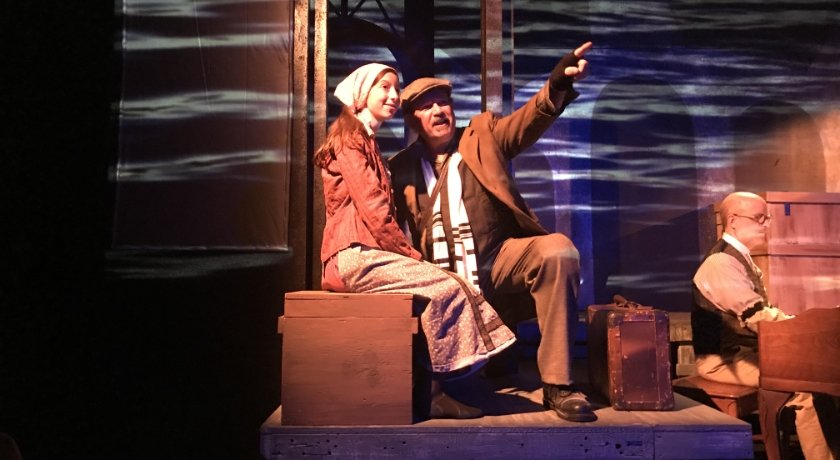 Director Kevin Connors has worked wonders in presenting this show, and the entire cast and creative team match his brilliance. He has taken a musical that would seem to demand a large theater and made everything work beautifully on a very small stage. Ragtime will always be a powerfully emotional show and Music Theatre of Connecticut offers proof that a musical this ambitious can succeed on a grand scale even in a small space. This Ragtime is magnificent and should be requisite viewing for anyone who loves musical theatre.

Once again, MTC’s Kevin Connors shows what can be done on a small-scale with shows that could easily overwhelm a less resourceful director. His love for theater shows in every aspect of this involving Ragtime. The intimacy of staging makes this show of many moving parts—there’s even a makeshift Model T involved—even more moving.

At Music Theatre of Connecticut, Kevin Connors is by far one of the best directors working in professional Equity theatre today. With “Ragtime,” he creates a vivid, involving tour-de-force in which historical and fictional content unfolds with pure shots of adrenaline, truth, realness, drama and circuity response. Here, as “Cabaret,” “Cat On a Hot Tin Roof ” and “Jekyll & Hyde,” his work is earnest, fresh and astutely chronicled, no matter what the subject matter, time frame or intricately gauged story arc. 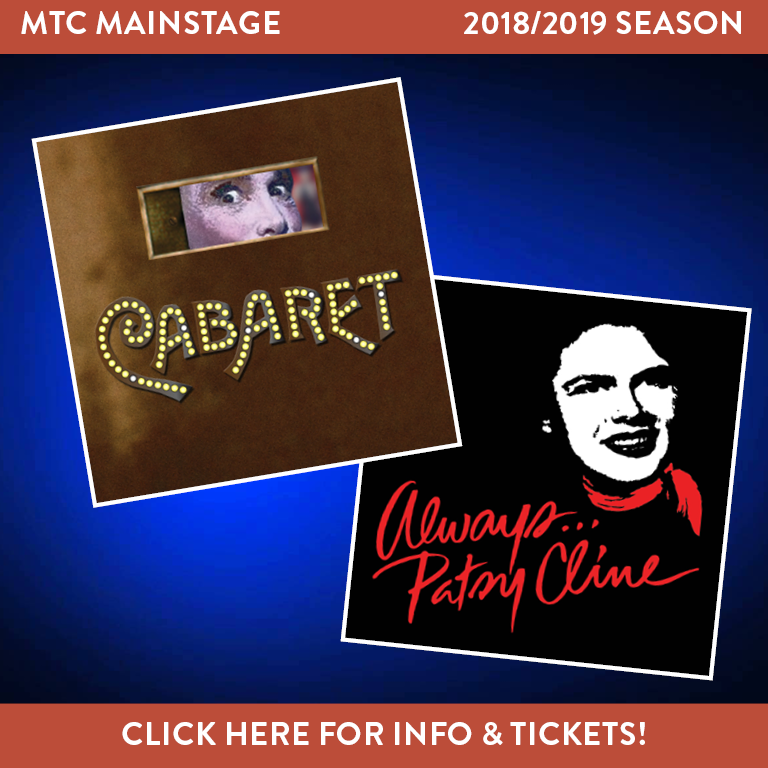 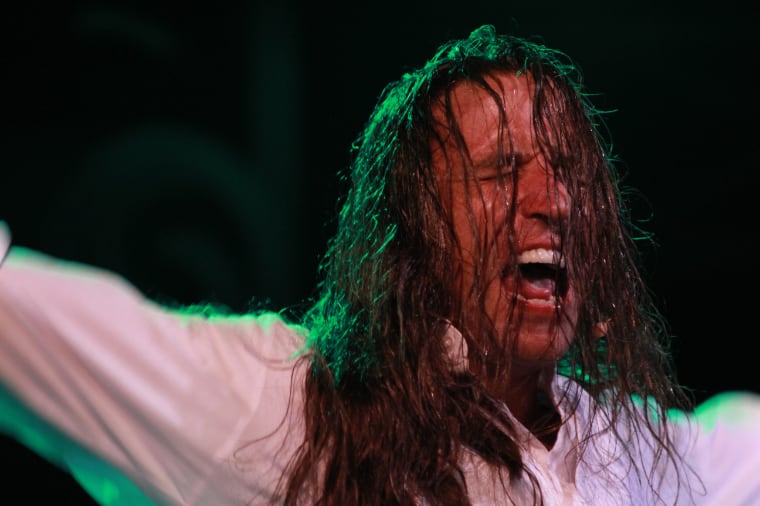 Staging “Jekyll & Hyde” for Musical Theatre of Connecticut is Kevin Connors, a deft, important and savvy interpreter. With this production, he crafts a brilliant, mesmerizing tale of dual identities and horror that grabs you by the throat, pushes you over the edge and leaves emotionally drained, as well it should be.

When the lights go out, flash, change color or the music builds to a crescendo as Jekyll morphs into Hyde or vice versa. What’s especially gratifying about the latter, is that you never know what’s going to happen next or what Connors has up his sleeve, good, bad or scary.

Using vivid, imaginative three-quarter staging to tell the “Jekyll & Hyde” story, backed by only select set pieces and black, cut-out backgrounds and draperies, Connors sets everything in motion splendidly, always making the right, creative decisions to make the material fly. He also takes chances, one of which heightens the Gothic aura of the piece. In this go round, there is an element of 19th century Whitechapel mystique and spookiness representative of the Jack the Ripper murders and crimes that heightens this edition’s emotional, scare-tactic velocity. It’s an ingenious plot device that oddly was conspicuously absent from both the original Broadway production and the National Tour. Here, it works wonders. Well done, Mr. Connors. 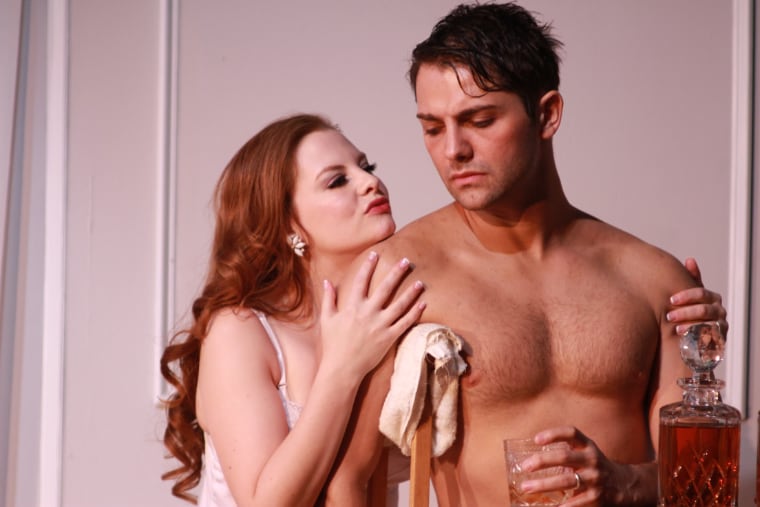 The beauty of this production, first and foremost, lies in the more than capable hands of Kevin Connors. An obviously meticulously craftsman and auteur, Connors knows exactly what he wants on every dramatic level and is very skillful and adept at getting it, running with it and letting it breathe, sizzle and snap.

Staging this “Cat On a Hot Tin Roof,” Connors effectively utilizes the script from the original 1955 Broadway production. Things are so beautiful, there are times when you wish there was a “Replay” button you could hit to hear certain passages a second and third time.

With Connors at the helm, the play swims effortlessly from scene to scene and act to act with an airy fluidity that serves the material well. He also knows exactly what buttons to push: easy and understated; dramatic and feverish; shocking and sexual; candid and light-hearted; sweet and simplistic; revealing and suggestive; confrontational and nasty; gnawing and predatory. His choices unfold with illuminating, fulfilling results.

“Gypsy,” running at MTC through September 25, is not only beautifully directed and performed, but the production is original in the finest sense. Unlike the four other professional productions I’ve seen (including those with Tyne Daly and Patti Lupone as Rose, respectively), director Kevin Connors’ vision and version remind us that the musical is an intimate family story about mothers and daughters, and about dreams--not deferred, but pursued part in ignorance, part in defiance, of reality. This heart is what Connors and his actors get so terrifically right from the first moment to the last.

Director Kevin Connors has sensitively staged the show and he works perfectly with his actors and his topnotch design team. The moving nature of the plot and the characters in Fun Home shine through in this first-rate production at Music Theatre of Connecticut. Fun Home is quite an emotional musical and it is happy news that director Kevin Connors and his fellow artists have done full justice to it.

Jodi Stevens' triumphant take on this character is aided immeasurably by director Kevin Connors, who manages to wring all the bite and delirious pleasure from John Logan's script, and provides Stevens with the perfect platform to shine. Indeed, by the end of the production, this actress holds the audience in the palm of her hand and, believe me, there isn't anywhere else you would rather be.

Kevin Connors directs his cast just about perfectly and his work with Juliet Lambert Pratt and Sean Hayden, in particular, is magical. 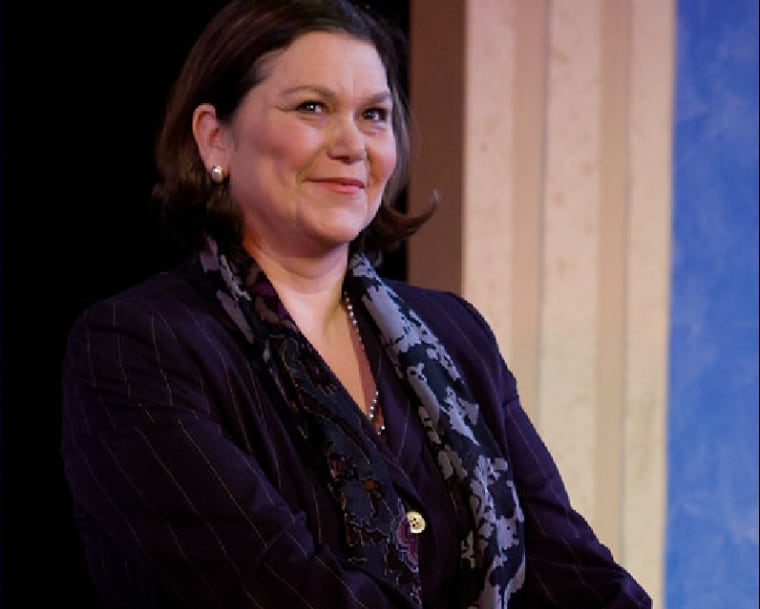 A remarkable achievement. An intricately woven, complex and remarkably current examination not just of gay marriage, but of the gay American experience. Pivotal and powerful, it explores the burden of being different, the battle over same-sex marriage and the destructive hatred of the farthest extremes of America’s conservative movement.

Secrets swirl like dry leaves from an autumn tree in a moving and heartbreaking musical with stirring songs under the sensitive direction of Kevin Connors.”

Engagingly entertaining, at times poignant and at other times archly witty or inclusively humorous, must go to the credit of the cast, the composers, Benj Pasek and Westport resident Justin Paul, and director Kevin Connors. In number after number, the two, either separately or together, display an amazing range of emotions that, presented mere feet from the audience, cannot help but enthrall. If you are lucky enough to land a ticket you won't be disappointed."

Director Kevin Connors, who co-founded MTC, has seamlessly put together a memorable theater experience. The superb ensemble are pros that stand inches away from you and yet manage to transport you to another time, another world.

Here, under a cardboard moon, Mr. Connors has assembled a charming cast of eight, who bring to life the story of two young lovers. His is a softer-edged version that resonates with warmth and understanding.

Beautifully staged by director Kevin Connors on the Playhouses’ small stage, he gives the show the intimacy the story demands without sacrificing inventiveness.”

Because of the total professionalism of the eight-character cast and director Kevin Connors, YOURS, ANNE rises above the subject matter to emerge as a memorable evening of theatre.

Mr. Connors has a long history of directing Las Vegas revues – a genre that fits PRIME TIME PROPHET as snugly as a skin-tight fake-leopard bikini.

The humor in PRIME TIME PROPHET is clever and sophisticated with music, lyrics and direction by Kevin Connors. Hilarious one-liners run rampant, music is lively and fun, and there’s some great choreography.