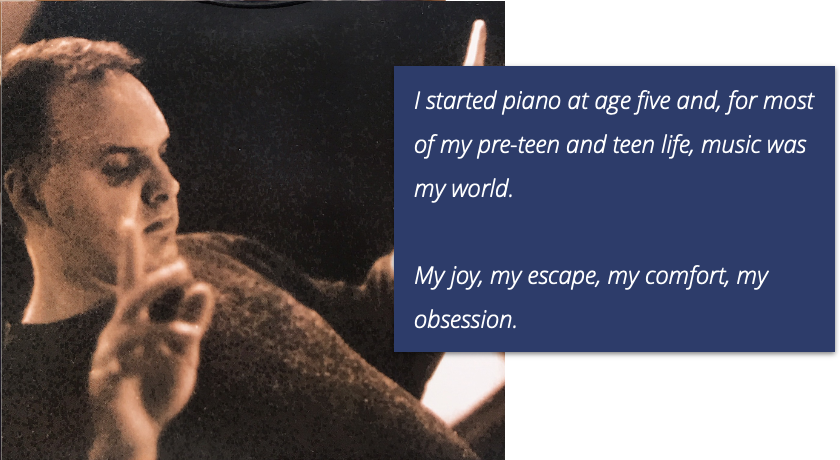 In my college years and early professional career, composing and arranging were a major part of my toolkit, sometimes as a “work for hire”, other times as my own voice. As I grew, my aesthetic lens began to widen and see music as a component of the entire journey. I amassed an ample canon including numerous stand-alone songs, 5 original full-scale musicals, scores for 9 children’s shows, songs for films, commercial arranging for Six Flags and a number of cabaret singers; two published scores for straight plays and an 1999 album of my music featuring several awesome Broadway singers. Selections from that album and other works are available here.

Selections from Kevin's album "The Things We Never Say"

I composed an original score to IT'S A WONDERFUL LIFE: A LIVE RADIO PLAY by Joe Landry.
Click here for score samples and to apply for rights.
Menu